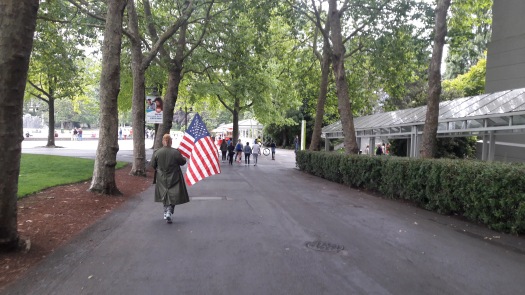 So, another celebrated day of independence has nearly passed again in the good ol U.S of A…

Starting off, as many slept in late from the busy weekend and waking up to put a an American flag out. Eventually, some of you Facebook scrolled through endless 4th of July posts informing us of this most festive day, 277 years since the original 13 Colonies signed that most epic letter, asserting their united breakup from British rule.
And since, we move the day on for picnics, parades, punch, hot dogs and BBQ, apple pie, patriotic jingles, days off , and the fireworks. Flags will be raised and the Star Sprangled Banner will be played, over and over as the day goes. Those in true spirits will put aside their differences of political opinion, to enjoy the moment of how far the country has come; to perhaps drink beer and sink their teeth into some cooked animal meat while discussing that favorite baseball team roster with others. It’s all independence, in our favorite celebratory customs for rememberance to how this country started.

Cheers, and stay safe out there.

Note: Picture was taken today by me during at the Seattle Center, during a quiet time as a light rain began to set in. I felt quite tired and decided to skip going to any fireworks event for the night,