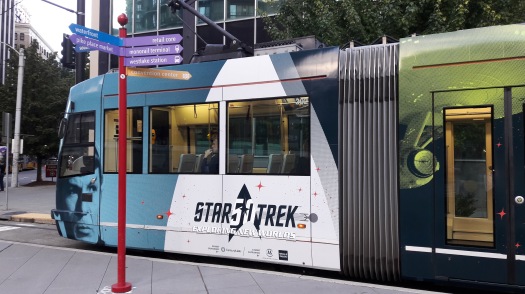 50 years ago on this day, a five-year mission began.

To explore strange new life and new civilizations, and you probably know as that message began the science fiction phenomenon, Star Trek. For decades, I have always been a Trekkie at heart, following all the series and all the movies with so much I wish I had the time to say about it all.

And here we are, looking back to the show that put forth some pretty crazy concepts back then (and through later reboots and spin-offs). Behold a crew exploring the final frontier, where all were welcome on a Federation spaceship with no boundaries on race, religion, gender, or non-threatening alien species

Much was already gained in that experience, centuries earlier. We have expedited the tech used in the show. I took the picture above with my phone, that can communicate at the touch of a button. We have computers that can respond to voice commands, give us endless amounts of information at any time, do video-conferences, and more. We have handheld devices that can detect heartbeats, sleep patterns, and give medical data on the fly. With simple instructions, we can produce objects through 3-D printers. Modern VR tech might as well be the earliest form of the holodeck. And if testing goes well, the NASA EM Drive will bring us much faster to the planet Mars. Who knows how far the tech will progress after that?

And, there is so much more to learn from the show about ourselves and the many interesting moral challenges we continue to face. Star Trek examines every facet of humanity to some extent, including religion, war, philosophy, politics. There are challenges to the open mind in many episodes, while there are breaks of fun and action-packed sequences.

Cheer’s to the five-year mission, that was originally televised for less than three, yet expanded and built upon itself for fifty and beyond. The legacy shall last for as long as humanity shall move, perhaps into that final frontier.

But for now, some of us have a railcar to catch. Here is are a couple more shots of the transport craft above, promoting the nearby Star Trek exhibit at the Experience Music Project (EMP) Museum. 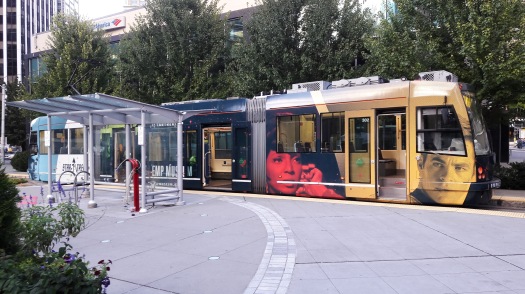 I did some local exploring around the Space Needle.That was my spontaneous little adventure in the later daylight end for yesterday. Here are some pics…

The rooftop view, a nice day for fluffy clouds and a good walk..

The monorail through the local Experience Music Project museum.. 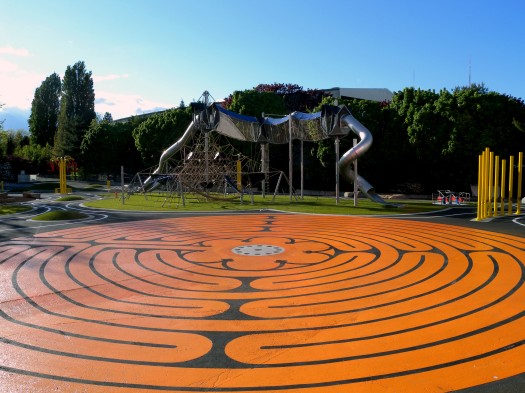 A new playground here. The paint is fresh. The playground will be open to the public next month sometime…

Same playground but from a different fence. I may have filtered it a bit too much in the Photoshop touch up edit, but I really liked the lines. I wanted to make sure you noticed..

The same playground from another closed off entrance.. It’s a little crazy, and seems dangerous.

A little more about that.. 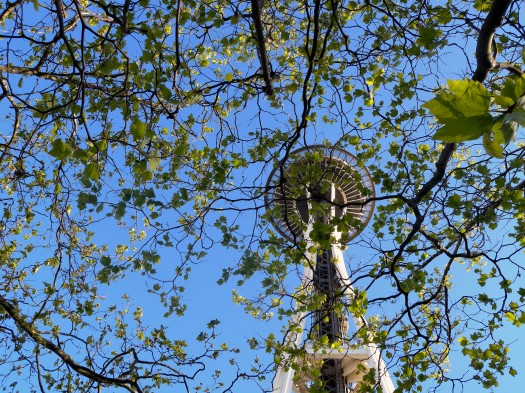 Another look at the Space Needle, from a mid-Spring point of view…

A little birdie hopping around..

The John T Williams Honor Pole, carved by his brother (Rick L. Williams) to honor John and his long family generations of carving. John T. Williams was the seventh generation Nitinaht carver of the Nuu-chah-nulth First Nations. He died in 2010, from multiple gunshot wounds fired from a Seattle police officer. For more on that story, click here. Thanks to donations and public support, this totem pole remains close to the Space Needle, for all to appreciate.

That is all for now. I depart the Seattle Center, and walk through the Bill and Melinda Gates Visitor Center. There is much else of visual interest around here. However, I will save that adventure for another day..

Social Artist
The Everyday Life Of An Average Girl