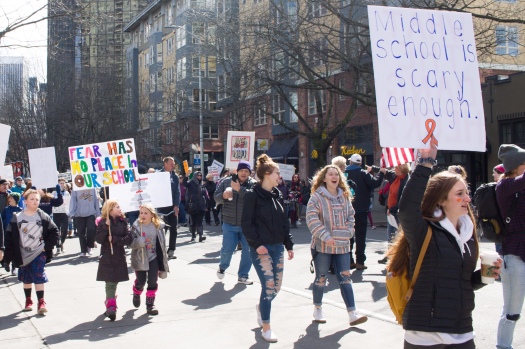 Yesterday on March 24th, millions took to the streets in the first “March for our Lives” national event. This one, very different from recent marches from the last two years, as the focus this time was mostly on gun policy change, stricter background checks, banning ARs, resistance to the NRA lobbying campaign and propaganda, safer schools, and many related issues. The event, led by survivors of the Parkland, Florida high school mass shooting with other young prolific speakers on stage in Washington D.C.

The Seattle city took part with its own impressive numbers on this beautiful sunny day. I joined among them, in support of sensible changes and sane thinking to the troubling counterpoint of arming more civilians and looser restrictions.  Seeing the many passionate marching people wanting a safer future with no mass shootings fill me with great hope for these tough times, as I expect them to heighten the debate on the complexities of the issue, then drive toward improvements on current gun policy.

Here are some picture snaps of the day from me… 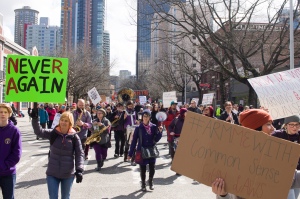 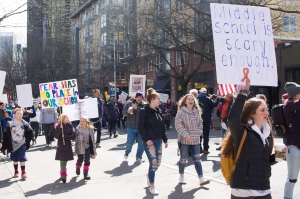 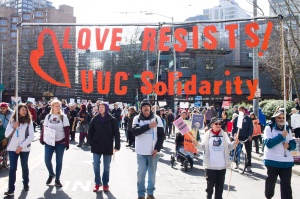 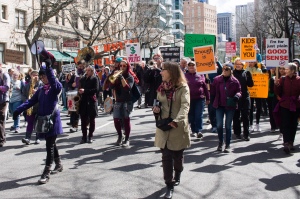 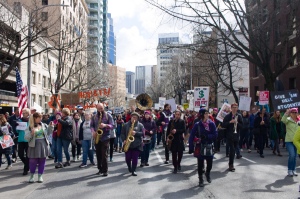 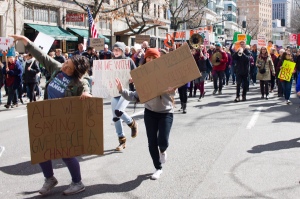