I appreciate a surprising, grand visual moment where you stop thinking and just admire its beauty.

The above picture shot was taken a few weeks ago, between the Snoqualmie forest and Issaquah, an hour east of Seattle. At the time and depending on your direction on the 91 freeway, you will witness an amazing change 15 minutes later in continuous driving. The forest scenery either switches to damp green bareness or all covered in lush white snow. The landscape change is gasping to see witness, seeing how nature can change with the ever-changing, deeply varied Pacific Northwest weather.

That long snowline is unreal, perfectly straight at a very distinct level. I stared, trying to figure out…how? There’s a science in that somewhere, probably with the atmosphere and density. I tried to find more information online, with no immediate answers. I welcome any explanation below in the comments.

Or, just admire the given moment.

Here’s a special theme for this post…walking together in the snow. Trailing through a beautiful place where snow cover is an amazing, poetic experience meant to be shared.

So, I hereby mix up today’s pictures recently taken by me, with a poem (Velvet Shoes) by Elinor Wylie, an American poet and novelist of the early 1900s. She lived an interesting yet shortened life of 43 years; married three times, wrote five novels and multiple poems. This poem is timeless, and perfect for a snow walk through the woods.

I will share more details on the pics, at the end.

“Let us walk in the white snow
In a soundless space;
With footsteps quiet and slow,
At a tranquil pace,
Under veils of white lace.

I shall go shod in silk,
And you in wool,
White as white cow’s milk,
More beautiful
Than the breast of a gull.“

“We shall walk through the still town
In a windless peace;
We shall step upon white down,
Upon silver fleece,
Upon softer than these.

The candid pictures were taken at Ravenna Park, a beautiful little ravine forest in north Seattle. The park is a 1/2 mile stretch where you can spend a day not admiring it enough. I can never visit there enough and will take any excuse to trail again. The recent snow here was amazing, and a lot of fun for photography. The first shot was taken above the Ravenna Bridge. The others are of the main path through the park. have more pictures, which I will share soon. These three pics with the theme of others walking though, just deserved its own special post.

Snoqualmie Pass did not disappoint with snow over the recent Christmas weekend.

This popular Washington State mountainous area was a treat to help make up for a very quiet and otherwise dulled outlook to this holiday season peak. A spontaneous adventure was due, traveling with an old friend who worked in the area. With no New Years plans, ruined by the rising Omicron, I needed this. I never been to the Snoqualmie Pass, therefore it interests me, especially with its famed winter snowfall.

Snoqualmie Pass is a mountain passage in the Cascade Range deep in the Snoqualmie Forest, west of the Snoqualmie Valley, with an elevation of 2,726 ft (831 m). The area is named after the local indigenous Native American tribe, part of the Coast Salish peoples of the Pacific Northwest. Snoqualmie Pass was well-known and utilized by indigenous natives long before U.S settlers set foot in the early 19th century. Over time, the area was planned for a large railroad line expansion, then eventually abandoned.

The Interstate 90 is now the main highway in and out of the area, and 54 miles east of Seattle. The famed Pacific Crest Trail also crosses through the area, a long hiking route that stresses far to the south through California, almost to the Mexico border. The Snoqualmie Pass remains small, but very significant in the Pacific Northwest with a very small population, 311 according to the 2010 U.S. census. The main draw for tourists is now the cluster of four ski areas with resorts stationed throughout: Alpental, Summit West, Summit Central, and Summit East.

After a serene and slow morning drive (about an hour and a half from Seattle), I set foot on some deep and plentiful snow. There was little purpose after, other than to escape the stressful city and explore the snowy landscapes a little, work on a writing project while my driver friend does some skiing. I did some observations of skiing sport and local activity, thinking of future plans to return and gain more from the area. Someday, I would like to partake in the sport of skiing and also do some snowshoe hiking.

Here are some pics, with notes!

The lifts at the Summit at Snoqualmie, early in the morning during a light snowpour. Activity greatly rose around the noontime, for where I was inside sipping on local beer and working on a project.

Well, that’s all for now. But, I will definitely return to the Snoqualmie Pass, hopefully with ski gear!

Over the recent last Saturday of this Valentine’s Day/Presidents Day weekend, 8.9 inches of snow descended upon the Seattle area. This was the most local snow reported in a day over the last 52 years. It’s a lot, though pales in comparison to snow reports further to the East of the U.S.

Yet, I loved this downpour of constant snowflakes rested upon my home concrete jungle. Everywhere, new tints of natures monochrome, and the eerie quiet of city further closed, along with the ongoing pandemic. I took a many steps throughout, for mostly errands and whatever excuses I mustered for the sake of long, joyous walks through this wonderous winterland of strange unfamiliar proportions of snow. I wore a good pair of tough boots this time, well-prepared to not slip and drench my precious feet. I stomped through the downtown area, to the waterfront, until the International District, then back to downtown, eventually to the Capitol Hill district, and then back to the waterfront through downtown again. The long trek was all great exercise, with the minimal eating of a cupcake and a bread bowl full of Ivar’s clam chowder.

I also snapped some pictures with my fancy phone (A OnePlus 8T Pro). Here are some of those pictures, all wide and unfiltered:

And there’s more, of which I will share soon. Take care in the meantime, and check your weather reports before heading out, especially if you live in or around Seattle. Weather is otherwise quite unpredictable around here. 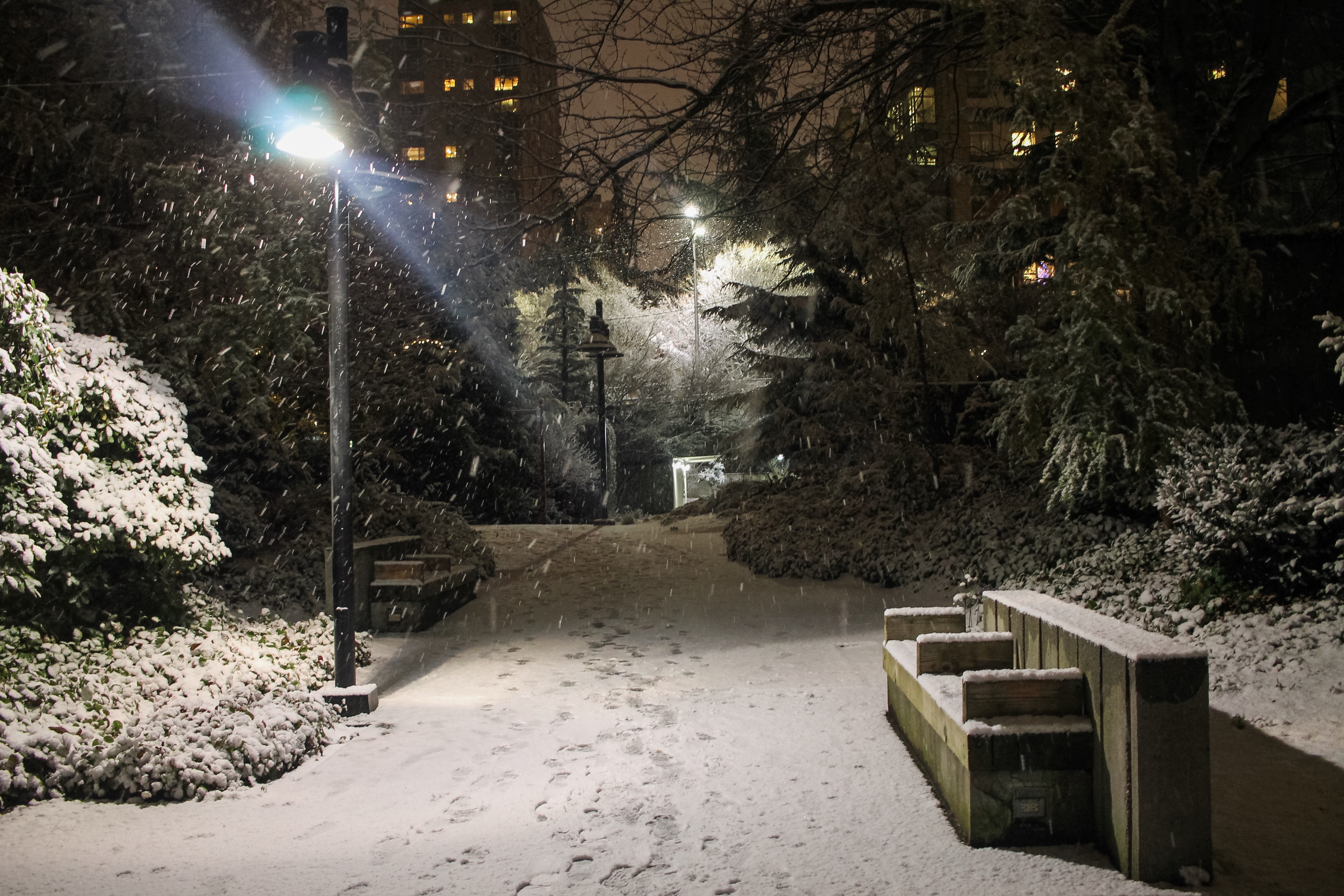 Last Thursday night, much of the Seattle lowlands got about one inch of snow. Such is a rare occurrence for this grand city. For myself, the new sights are very exciting, as I have never lived or ventured out in areas with normal snowfall. Yet, there is much beauty to appreciate in the first hours of the mass landscape transformation. Though I was not feeling well from a recent slip, I did go for a stroll in the wall and take some pictures of the Downtown area.

I was not disappointed. I hope you like the following, for these sights made me smile. To share for this festive holiday season is an added joy… 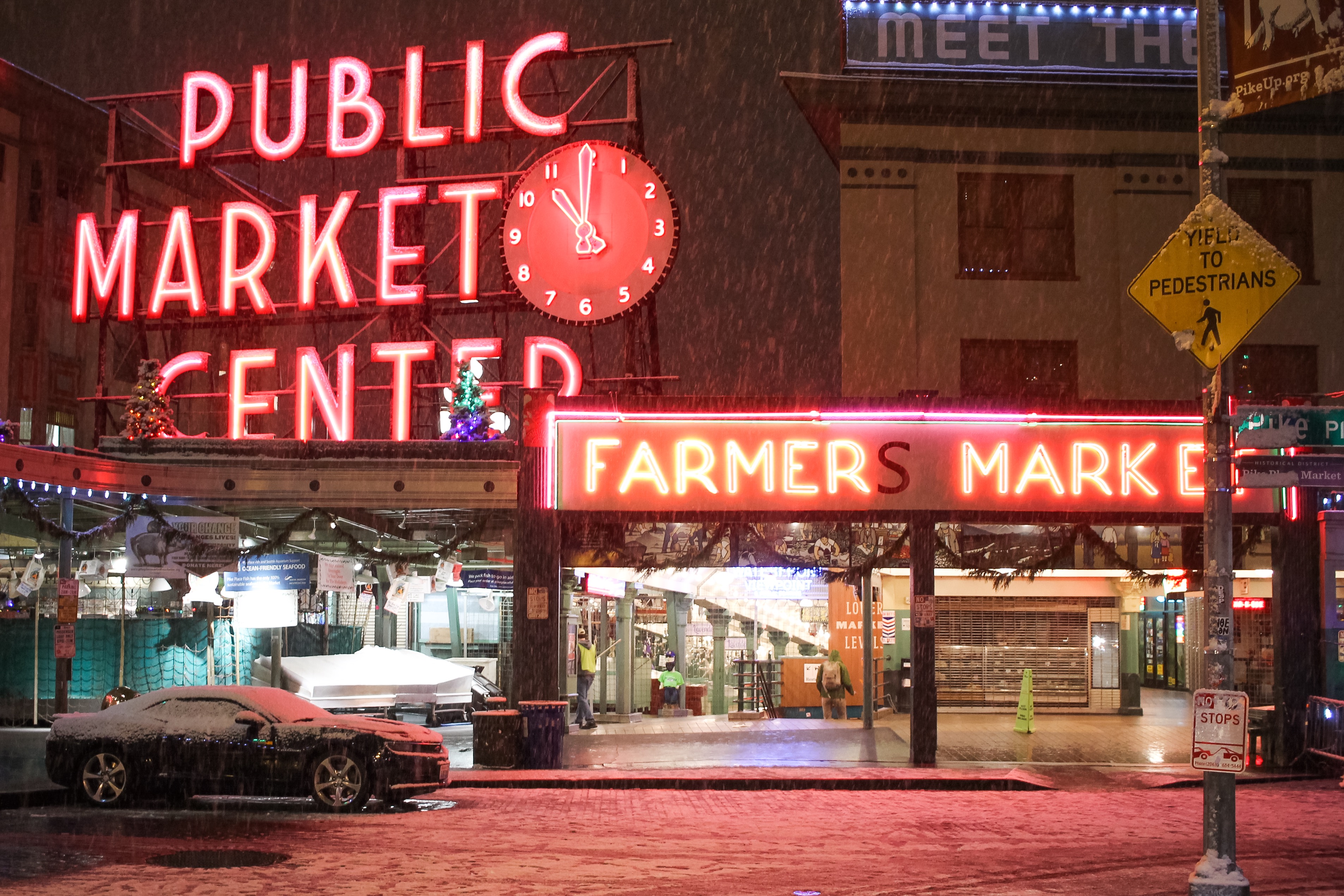 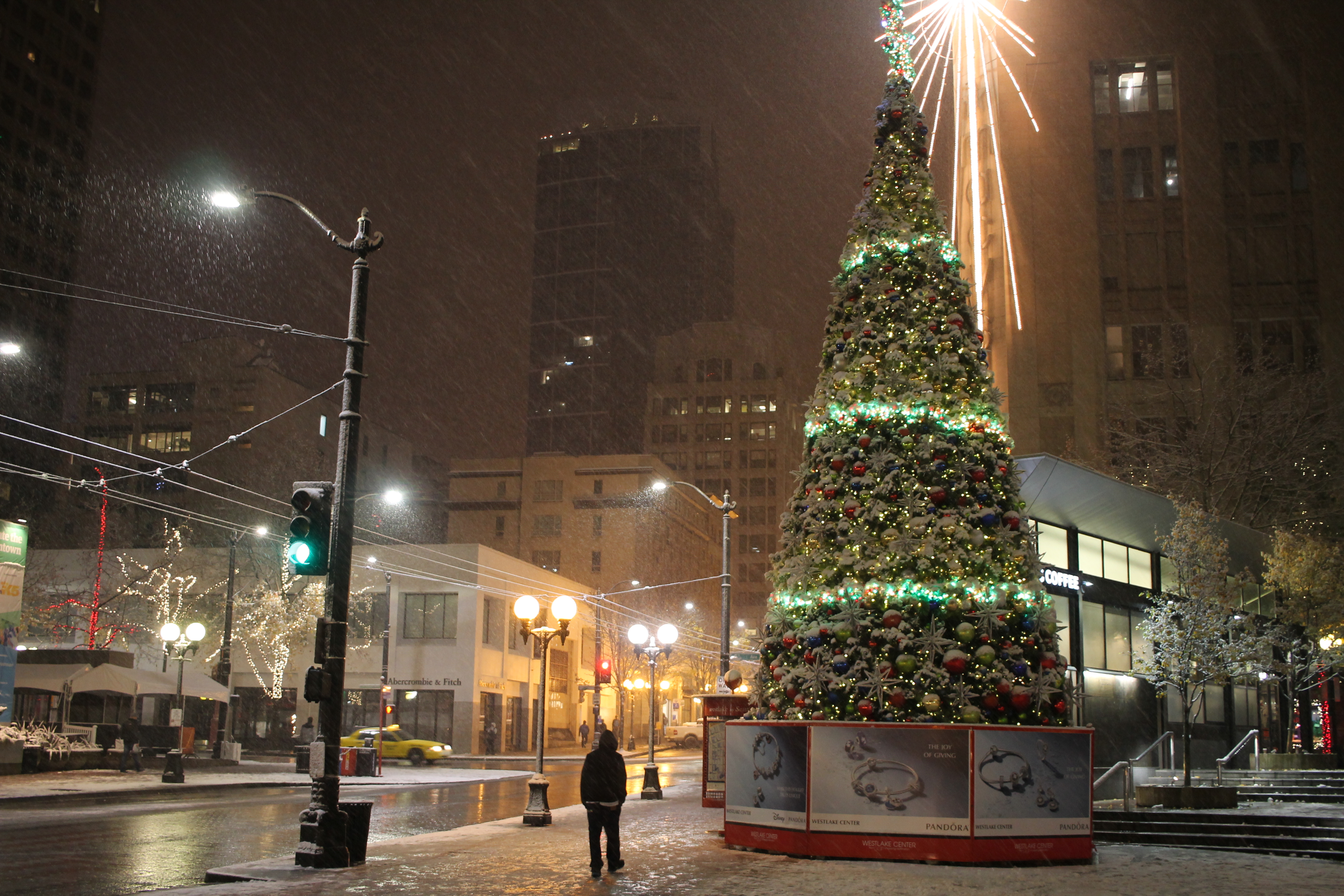 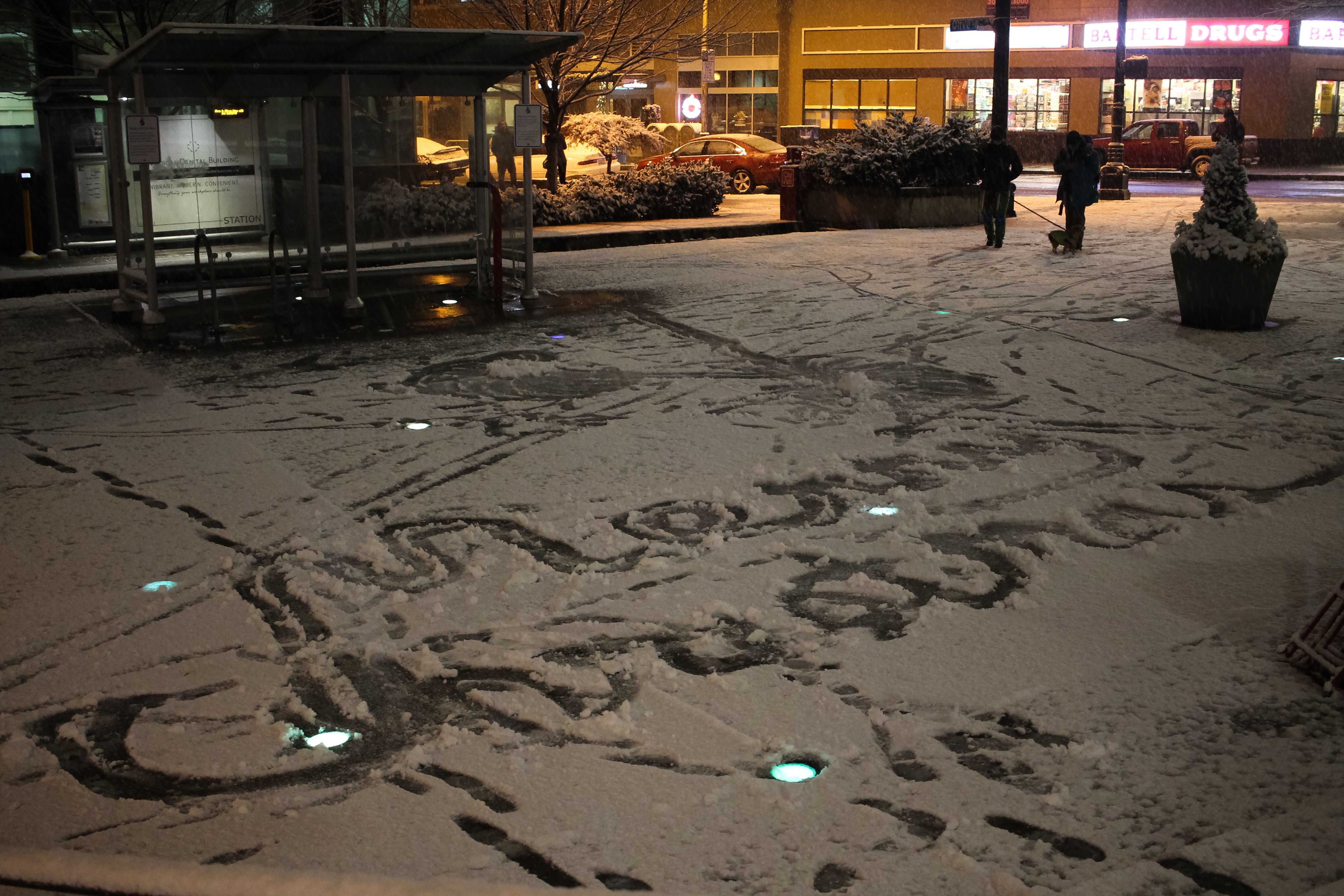 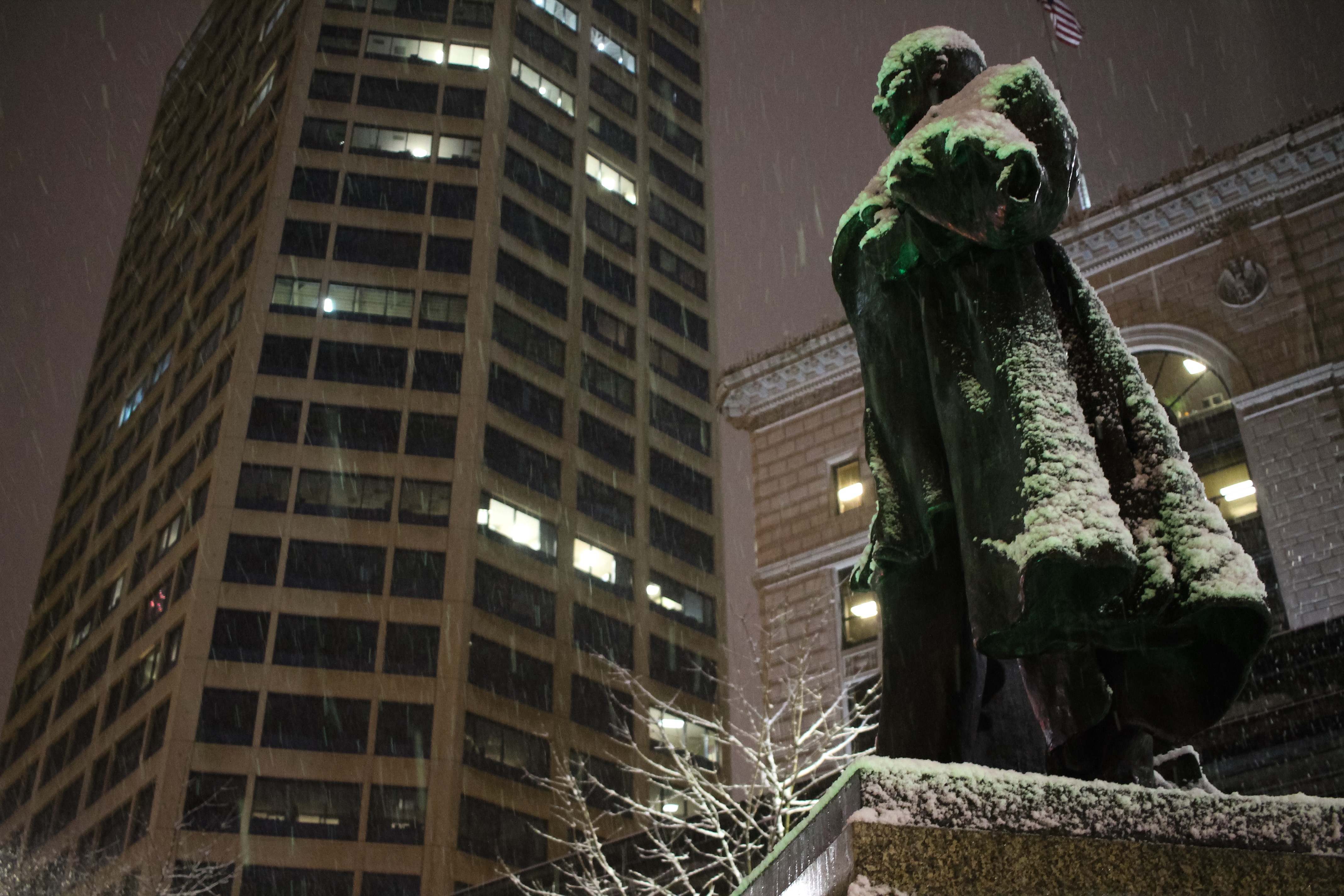 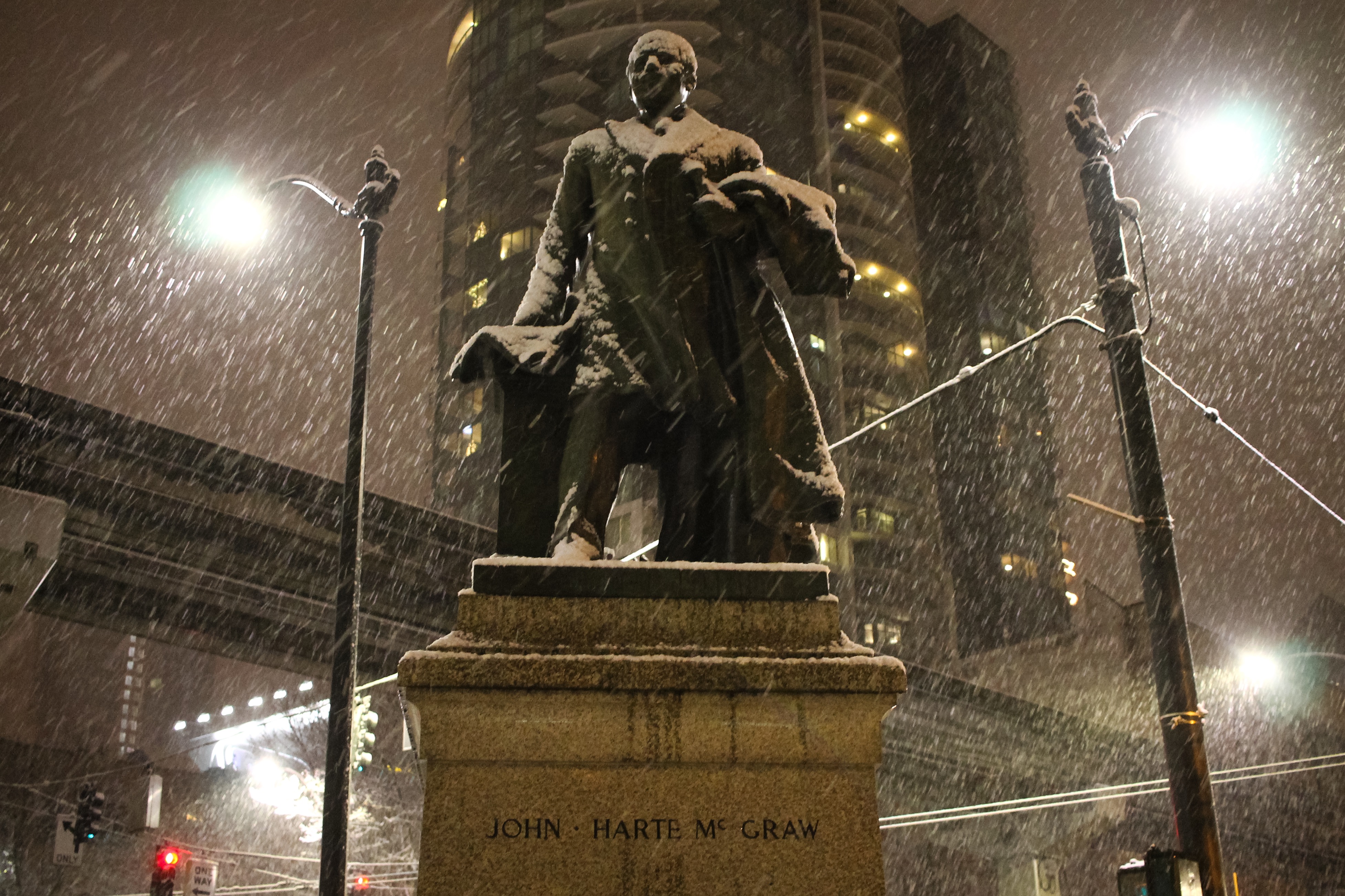 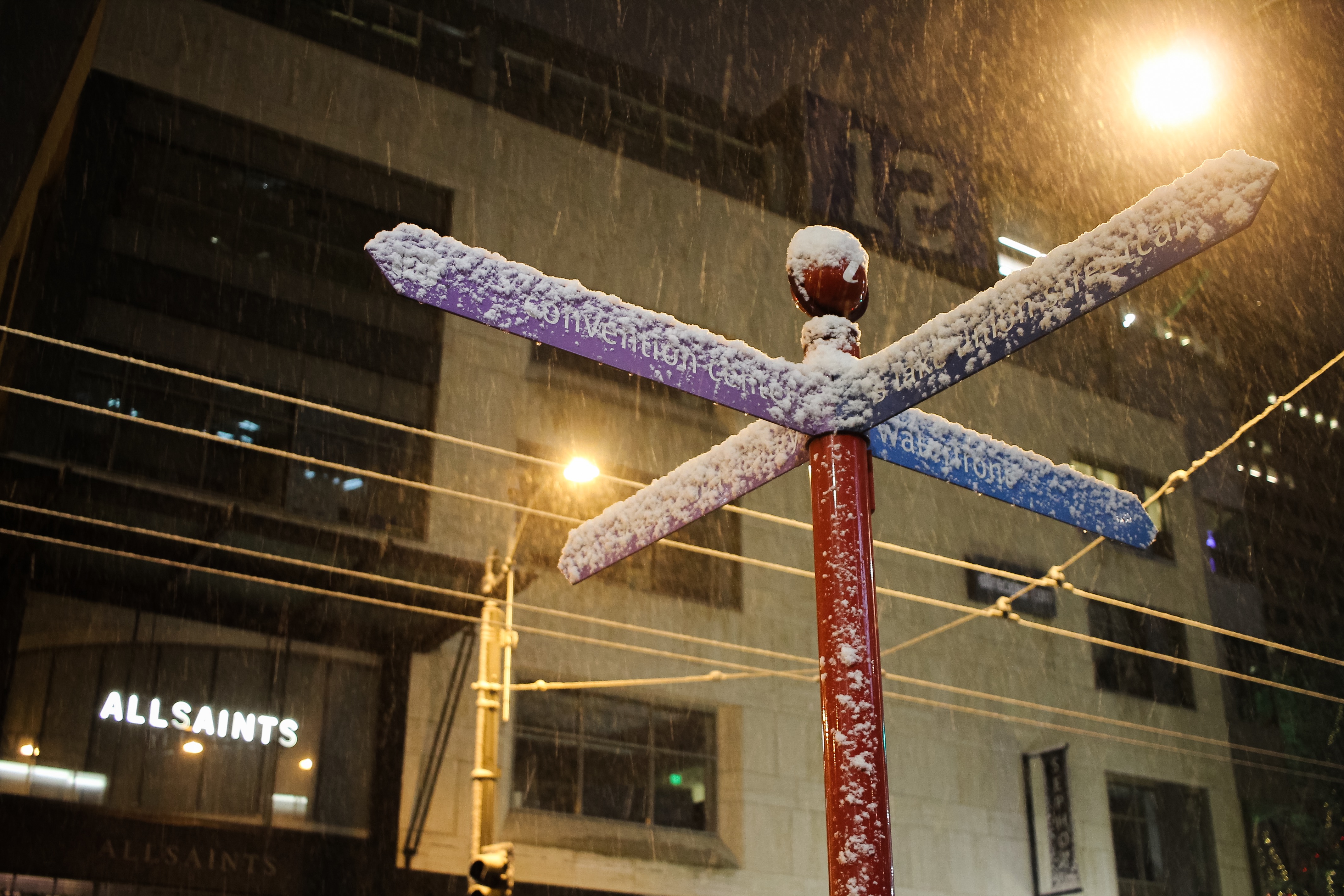 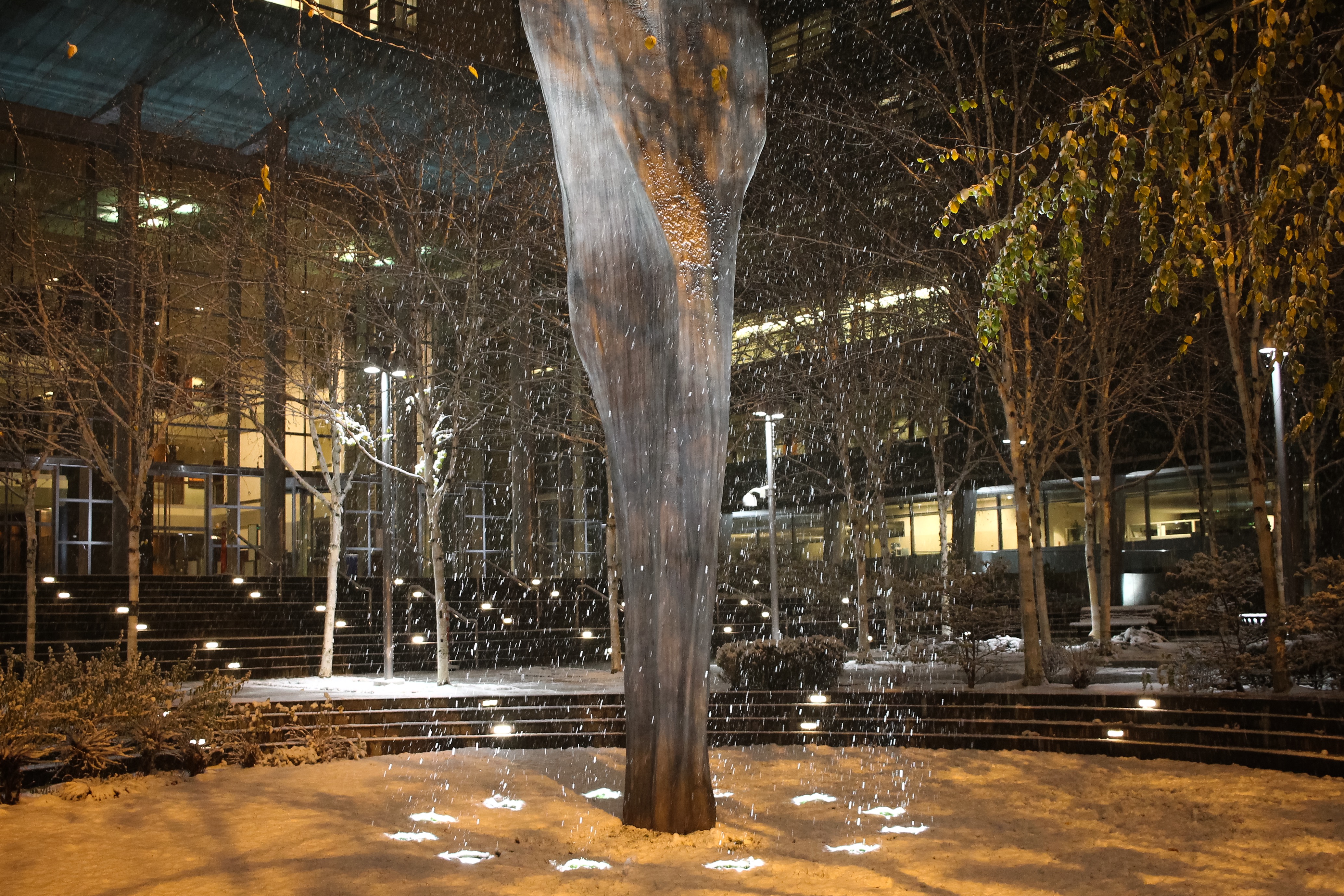 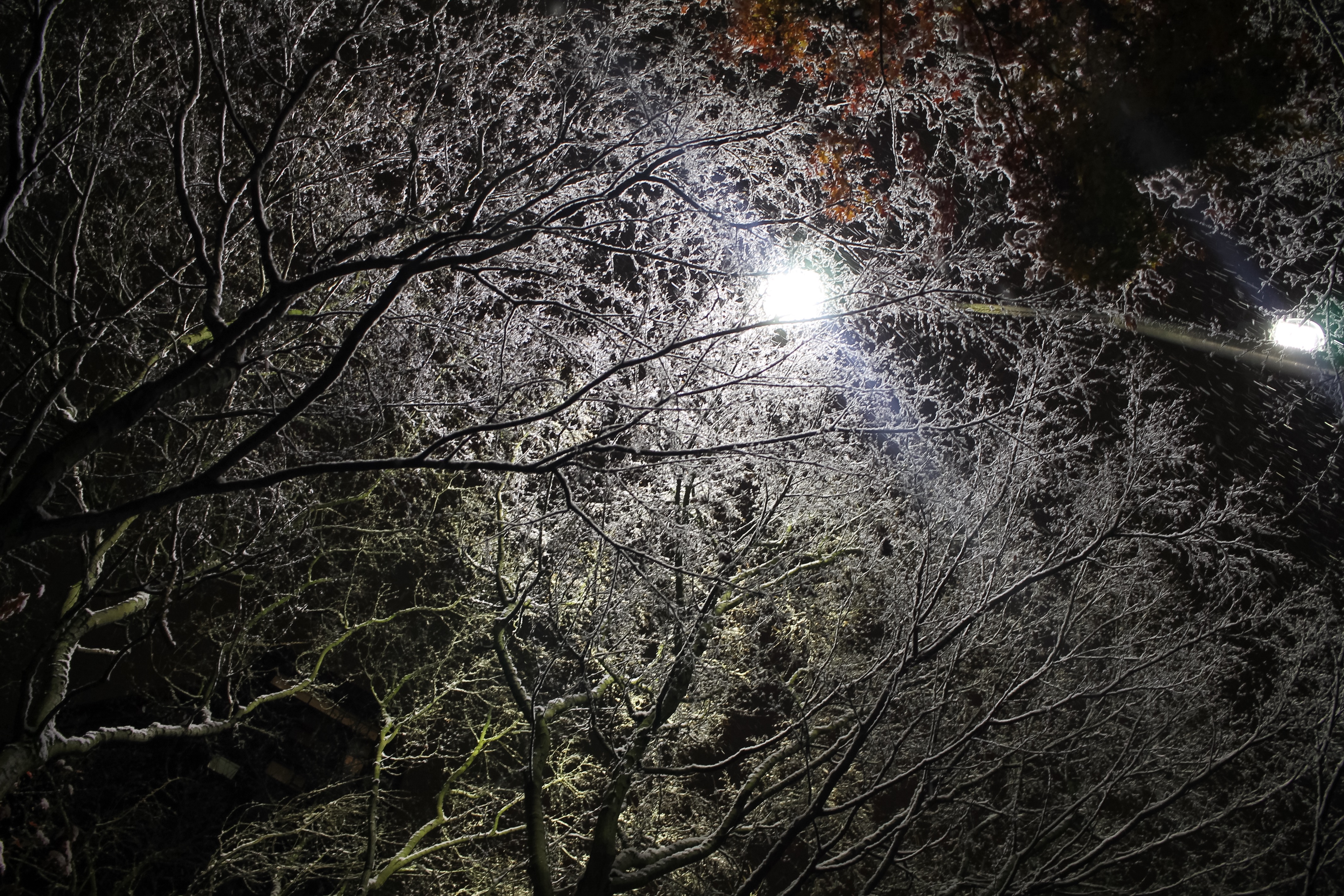 Sorry, I did not get a pic of the great Seattle Space Needle in that time. I underestimated the cold, and my body needed a return to my warm apartment. Perhaps, next time.