The above shot is from about 9:15 AM,  in Seattle, Washington. The occurrence is slightly after the totality of this night’s Super Blood Wolf Moon eclipse, a rare occurrence with the combination of the following things…

A “Supermoon,” which happens at its closest point to Earth during its elliptical orbit. This appears to be slightly bigger and brighter in the sky than a “normal” full moon, best shown in the early rise and set.

The “Blood Moon,” which is the red color from the wavelength of light from the Earth’s atmosphere putting just enough sunlight onto the mostly dark lunar surface.

The “Wolf Moon,” which a traditional name from early North American history (likely given by native tribes, and carried on by the colonists, I think) was given to this first full moon of this midwinter time, as wolves would howl loudly for this night.

All that came together on this one special night, for which will not occur again in this combination for another 18 years.  This phenomenon was worth viewing on this chilly night and lucky for the clouds from past nights not interrupting.

Looks good from up here. 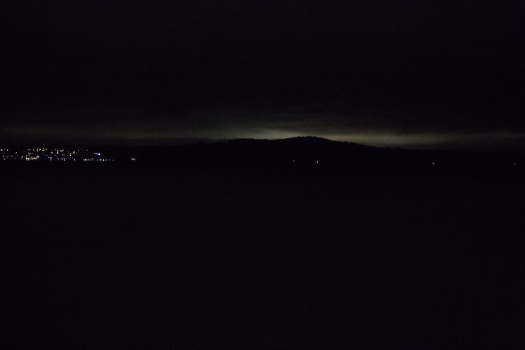 So, I got up early this morning at 4:30 am, and headed to the Seattle waterfront (on Pier 66, upper level), to see the once in a lifetime combo of the Moon being a full Super, Blue, and Lunar Eclipse. The sight would have been amazing, given the reflection of the Elliot Bay waters and possible surrounding clouds.

Sadly, the distant cloud layer was too thick and overbearing, hogging the vision to itself. You could see a little glow from the moonlight above the mountains, and that was all for the duration until Moonset. The air was cold but shared nearby with other disappointed persons. We stared, and made the most of the moment, talking and chuckling at teasing of reddish moonlight.

Well, there will be more rare happenings to behold, or not. But what matters is that I was ready for either. 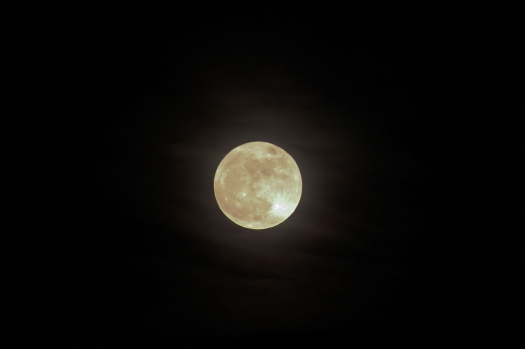 Today begins with that, and a new Full Moon or Super Moon (given its fullness and slightly closer position to Earth) on this night.

This first Full Moon is also known as the Wolf Moon, according to some ancient naming tradition unclear in origin. It is said that wolves howl more during this time, though not at the Moon but toward the night sky. Reasons I believe, are their use of the open sky as better acoustics to announce their presence, and communicate with each other.

Meanwhile, I did not feel like howling, and felt shivers from the cold air during my short time in the outside today. I took the above pic during a needed walk after a long sleep recovering from the long night before, and the tough year that ended.

So, onto new things ahead, which will be exciting with some curiosity and daring moves to be done. Then perhaps, I will feel like howling.

The Moon arose after the sunset in red in full, and through an eclipse.

Jupiter and Venus shine together!

Jupiter is higher, Venus is brighter. Both were much closer earlier to each other overlapping, which I missed. Now they part further, and soon behind the hills..

I’m glad I saw this, and got them over Elliot Bay. I also tried with my 300mm zoom lens..